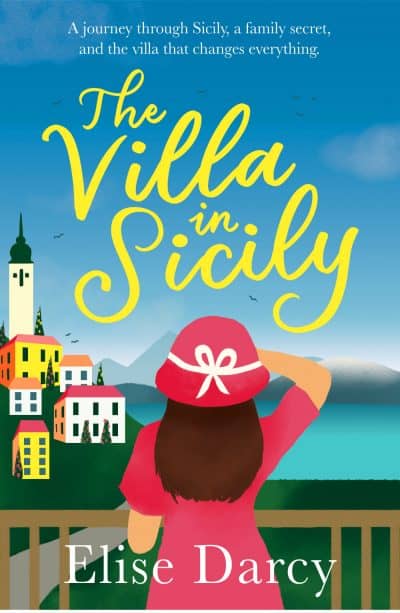 The Villa in Sicily

A journey through Sicily, a family secret, and the villa that changes everything.

When Josie loses her mother, she finds an old journal locked in a drawer along with a plane ticket. Her mother, who never travelled abroad, was going to Sicily without telling a soul. Why was she keeping her trip to Sicily a secret, and who is the mysterious woman who wrote the journal?

Josie travels to Sicily and follows in the footsteps of two young women in the journal, sisters who visited the Italian island in the nineteen sixties. What secrets will Josie uncover, and why does she feel she is being followed at every turn?

Josie soon discovers there was more to their trip than a just a holiday. Amongst the stunning sites and scenery of Sicily, an unimaginable tale of love, loss, and tragedy unfolds. The tentacles of their story reach down the generations.

Josie and Michael, a young American on the tour, soon realize their part in this story is only just beginning . . .

Can they right the wrongs of the past before it’s too late? And what of their future? They might just be falling in love.