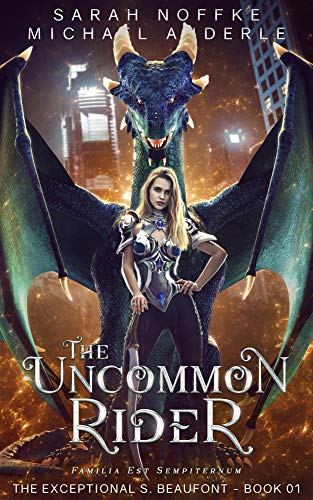 The first dragon rider in over a hundred years has been born. And it’s a girl. Never before has a female been chosen to ride a dragon.

The first dragon rider in over a hundred years has been born.

Never before has a female been chosen to ride a dragon.

The Elite, a guild comprised exclusively of dragon riders, is dead according to most. No one has seen a rider in decades. The problems they used to fight overwhelm the world. Dragons are thought to be near extinction.

It’s just that a bunch of crusty, old men who do nothing that benefits the world at large are easy to mistake as useless corpses.

Sophia Beaufont is about to change all of that.

When the dragon egg that magnetized to her hatches, it sets Sophia on a new course. The Elite are immediately notified. She’s expected to train. To defend. To fight.

Sophia is ready to conquer evil, as the dragon riders should have been doing for centuries.

However, the Elite have been turning a blind eye, allowing the world to be overrun by criminals.

That’s all about to change.

S. Beaufont isn’t a girl who will be told to sit down and relax when a war is brewing that only a dragon rider can extinguish.