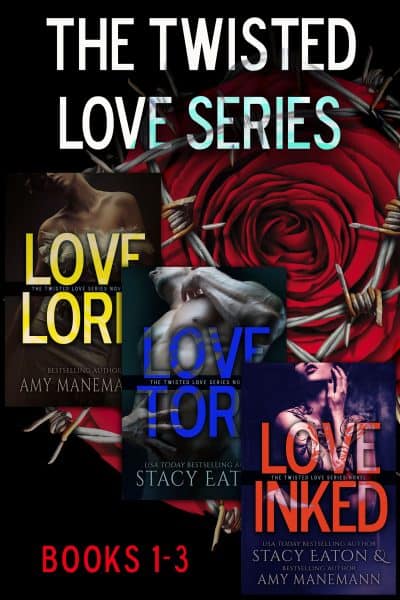 An action-packed set that takes you through the streets of Philly as you ride-along with Detectives Kali Mann and Evie Harper while they deal with crime, tragedy, and new romances.

Love Lorn
Determined to prove she’s more than just a pretty face, Detective Evie Harper works hard and trains even harder to be the very best. Her first homicide case will put her skills to the test as she and her partner, Detective Stephen Harris, track a ruthless serial killer terrorizing the west end of town. The Lovelorn killer may be one step ahead of them, but they’re closing in fast—until an immoral decision is made that leaves their partnership hanging in the balance.

Love Torn
Detective Kali Mann lives by her nickname: The Mann-Eater. She’s a true love them and leave them with no attachments—ever. She a hard-core, to the point, intense detective who takes her job seriously and she doesn’t always play nice with others. When her partner, Keith Harvard, finally gets her to take notice of him, the case they are working goes awry, and suddenly Kali is having emotions she’s not sure she wants. A major part of her past comes back to haunt her, and just as she begins to open herself up, her life is torn apart.

Love Inked
Detective Kali Mann returns from leave to find a new partner assignment. Not only is she bitter about recent events, but she’s irritated to be saddled with the model-beautiful rookie detective Evelyn Harper. What’s worse, Evie doesn’t just want to be partners—she’s striving to make them friends.

Another brutal serial killer is in town, and Evie finds that she has a lot to learn, especially when it comes to her new partner. Evie is not deterred, in fact, she’s determined to fit in and earn Kali’s respect, and maybe calm the waters between Kali and Detective Sergeant Greg Shavers in the process.

As Kali and Evie find their footing and search for clues to the recent murder, an explosion rocks their police family, and Kali and Evie team up with others to find the culprits responsible.