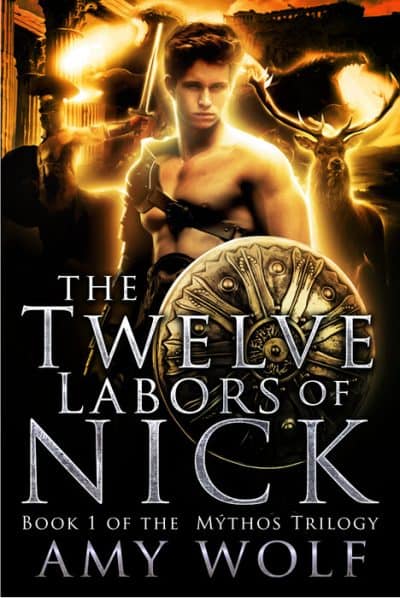 The Twelve Labors of Nick (The Mythos Trilogy Book 1)

He’s just a high school kid. Can he perform the 12 Labors of Hercules?

Los Angeles. Nikólaos (“Nick”) Chironopolous finds himself bullied at every turn. As a Greek, his skin is too dark, and, as a track guy, he’s no football hero. The only refuge he has is at Lil’ Pardner stables, where he hangs with his best friends—horses.

Nick’s whole world crumbles when his dad comes to visit: turns out he’s head of all centaurs, Chiron. And he has a crazy scheme to send Nick to some wacked-out place called Mythos.

Once there, Nick finds he has to perform 12 Labors to free both Mýthos and Earth from the monstrous Typhon. After finding a helper, Helen, who has secrets of her own, he journeys near and far to battle Typhon’s kids: namely, the Nemean Lion, the Hydra, a huge Boar, four lovesick Mares, a dragon . . . and that’s just for starters!