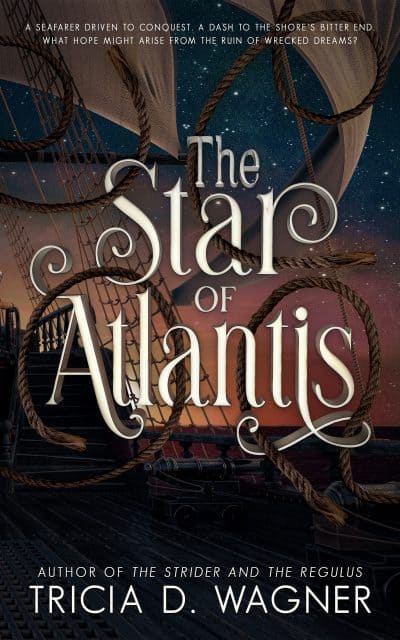 A seafarer driven to conquest. A dash to the shore’s bitter end. What hope might arise from the ruin of wrecked dreams?

Fourteen-year-old Swift loves the study of medicine. His interest is almost a match to his fascination for sea myths—particularly for the Star of Atlantis, a lost relic from Welsh pirate history.

In struggling to “grow up,” Swift sets his sights on competing for a seat in a highly selective internship, for young students aspiring to someday read medicine, until . . .

Swift’s former best friend, Ash, discovers a centuries-old Norse pirate treasure. And on sickening interviews, Ash reveals that his discovery contains a clue to the whereabouts of a treasure far greater: the legendary Star of Atlantis.

To chase his oldest dream and lay his hands on the Star of Atlantis, Swift must cobble together the few leads that hint where it might rest. If he’s to beat Ash to the treasure, he must put his sailing skills to the test, contending with treacherous Welsh sea coves and caverns.

And he must size up his own fortitude, his own capabilities, or lack thereof—for the search for the Star of Atlantis might mean lost friendships, lost dreams, and even lost life.