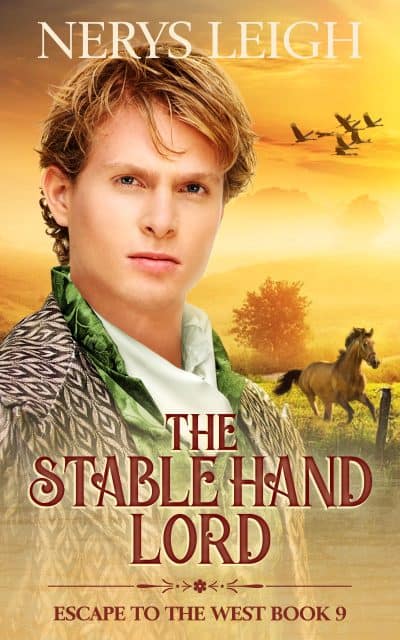 The Stable Hand Lord (Escape to the West Book 9)

The Wild West is no place for an English nobleman but if Lord Aaron Wetherington is to win the heart of the woman who's stolen his, he's going to need to become like everyone else. And if that means taking a job mucking out stalls in a livery, so be it.

Lord Aaron Wetherington, third son of the Marquess of Ipswich, is a very long way out of his depth.

Having traveled to California to make up for the mistakes of his past, he runs, literally, into Jemima Wood. And his whole world changes.

Jem doesn’t know Aaron is a nobleman, but she likes him anyway, and he decides to stay for as long as it takes to win her heart. He has two problems, however.

First, his father has stopped his allowance, and funds are rapidly running out. And second, there’s a rival for Jem’s affections, one who is, as far as she knows, a far better prospect than Aaron.

So he’ll have to find a job and learn how to attract a woman without using his title, and he has no idea how to accomplish either.

But for Jem, he’ll do anything. He just wants her to love him for who he is.

And for that, he’ll have to risk losing her before he’s even won.