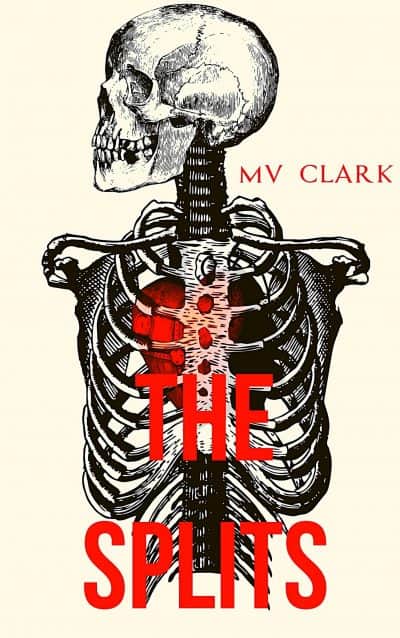 Claire doesn’t worry about the mysterious zombie pandemic known as “the Splits.” But then Michael, her son, gets sick. She knows of a risky experimental treatment which tries to reach the lost minds of the zombies and bring them back. Will it work for Michael?

Claire’s son arrived just before the zombie pandemic struck. He looks normal, but he’s not. She fears he’s one of the dead.

Michael is a nightmare from the day of his birth, and as he enters teenage years, his mother Claire finds him increasingly menacing.

A mysterious zombie disease known as “the Splits” lingers on the edge of ordinary life. Most infections are quick and violent, but there is a subtle form that deadens its victims so slowly the only clues are psychological. Could this explain Michael’s simmering presence?

Michael’s aunt, Anna, knows of a risky experimental treatment. The scientist behind it claims zombies are only half the story of the Splits—there are also ghosts. These ghosts are the lost minds of the zombies, and they can be brought back . . .

For Claire, the treatment is her only chance to rescue her disintegrating child. But Anna doesn’t believe in ghosts and she won’t help.

Can Claire find Michael’s lost mind before the disease claims him?