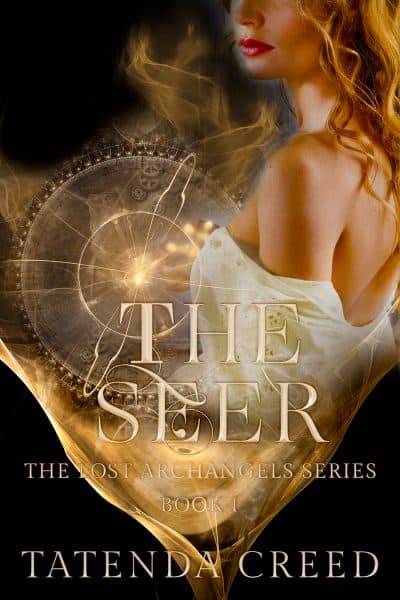 The Seer (The Lost Archangels Book 1)

What if you wake up one day to find every fairy tale, nightmare, or the romantic bedtime story you were told is more real than what you thought it was? You could be one of those beings you thought were most evil and frightening? Who and what is Alexandra?

Protected from a world of angels, demons, vampires, and hybrids, Alexandra thinks knowing nothing about her father is the biggest of all the secrets her mother holds. Until she has an accident on her motorcycle.

Speed-loving Alexandra is paralyzed, then wakes up a few minutes later completely healed. It’s difficult for her to draw the truth out of her protective mother and to understand why she sees visions of angels. Somewhere out there, there’s a man they call the Vangel, who is both her foe and soulmate. Some say he wants Alexandra dead, but no one remembers his face.

Is he Alexandra’s current boyfriend, her maybe-next boyfriend, or someone she’s yet to meet? The answer lies in her past, which she can’t know until she gets the Ring that will protect her from the fatal consequences of unveiling the truth. Will Alexandra be patient enough to wait? Or will her curiosity bring the world tumbling down?

The Agony of Love. We must all endure it.