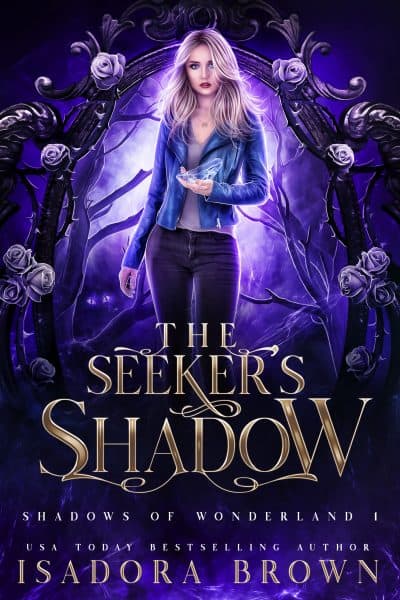 When twenty-three-year-old Alice Wynter discovers there’s a chance the wrong man was sent to prison for her best friend’s murder, she’s forced to investigate. Considering she’s the only unmagicked in the small town of Wonderland, this is much easier said than done.

All magic has been eradicated from Wonderland after the Mad Mage was banished twenty-four years ago. But some still lingers, dormant and ready to fall into the appropriate hands.

Twenty-three-year-old Alice Wynter, daughter of the chief of police, can’t wait until she can get out of Wonderland. As the only person in the entire town who doesn’t have magic, she’s never felt as though she belonged. It doesn’t help that her best friend was murdered a year ago.

When Rumpelstiltskin himself asks her for a favor, she can’t refuse. However, she soon realizes he thinks the man convicted for her best friend’s murder is actually innocent. Alice isn’t sure she wants to entertain that idea, considering the fact that her father was the officer who arrested him and the reason he was promoted to Chief of Police so quickly.

In order to obtain justice for her friend, Alice must look at the clues with an open mind to the truth. Bodies are meant to stay buried but ghosts live on—until their restless spirits are finally given peace.

With the grittiness and mystery of Riverdale and the magic and romance of Once Upon a Time, The Seeker’s Shadow is a captivating urban fantasy mystery readers are sure to be enchanted by!