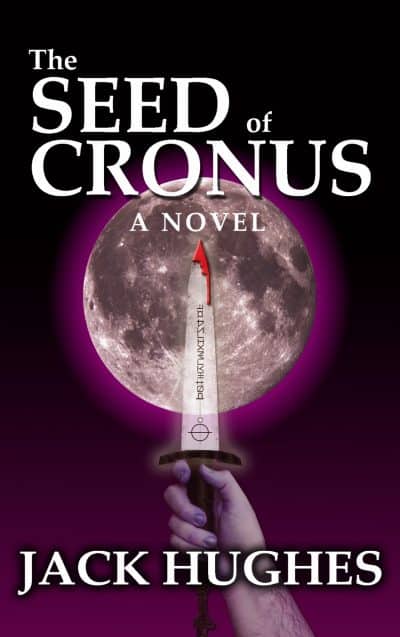 The Seed of Cronus

In a repressive near-future theocracy, an unjustly condemned prisoner awaiting death is shocked by the appearance of an unauthorized visitor. The intruder offers the Seed of Cronus, a tiny artifact that will allow an easy escape from the maximum-security facility.

In a repressive near-future American theocracy, an unjustly condemned prisoner awaiting death by stoning is shocked by the sudden appearance of an unauthorized visitor in his cell. The mysterious intruder offers to confer the Seed of Cronus, a tiny artifact to be “phased” into the prisoner’s brain that, in addition to other amazing abilities, will allow an easy escape from the maximum-security facility.

But this promise of freedom comes with a price; a commitment to combat trans-dimensional parasites—known to humanity as demons, elementals, and djinns—that feed on human suffering.

When supernatural witchcraft is determined to be the only possible means for the prisoner’s inexplicable escape, panic—and madness—destabilize the Dominionist regime. In their frantic zeal to re-capture the fugitive, the nation is subjected to a high-tech witch hunt.

As the escapee learns to master the Seed’s unearthly capabilities, barbaric measures imposed by the theocratic government horrify the civilized world and the feared Doctrine Enforcement Authority closes in.

“. . . grimly transfixing . . . Hughes has a flair not only for history, but also bigger-than-life storytelling and characterizations . . .” — Kirkus Reviews