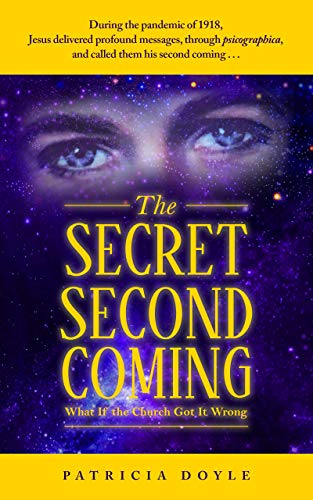 The Secret Second Coming: What If the Church Got It Wrong

A journey into the discovery of one of the most incredible historical events of our time. Messages claiming to be from Jesus were delivered through the spirit-to-mortal written communications of a humble American attorney and Methodist Sunday school teacher.

What if we had writings directly from Jesus?

The Secret Second Coming is a journey into the discovery of one of the most incredible events of our time. A little-known event that, according to Jesus himself, represents his second coming. In the early part of the twentieth century, writings claiming to be by Jesus were received through psicografica (Brazilian for spirit-to-mortal written communications). The mortal was James Padgett, a Washington D.C. attorney and Methodist Sunday school teacher, in his senior years.

These messages are introduced in The Secret Second Coming and their authority is thoroughly examined, especially in relation to the authority of the New Testament. How do we know whether or not these messages from Jesus are real? What makes them different from other channeled material? What are the criteria for judging, and who decides? What are the origins of Biblical resistance to communication with deceased spirits? Where does true spiritual authority come from and how do you recognize it?

In addition to answering these questions, The Secret Second Coming reveals:

In The Secret Second Coming, the author combines extensive academic research with personal stories of the four events which uniquely qualify her to write this book: an NDE that converted her agnosticism into non-religious, unshakable faith in God, and three profound encounters with Jesus inviting her to participate in the revealing of his second coming.

“It is beyond doubt that spirits and mortals communicate, and that spirits know just what mortals are doing on earth and how to influence them in their loves and actions.” —Jesus, III:83