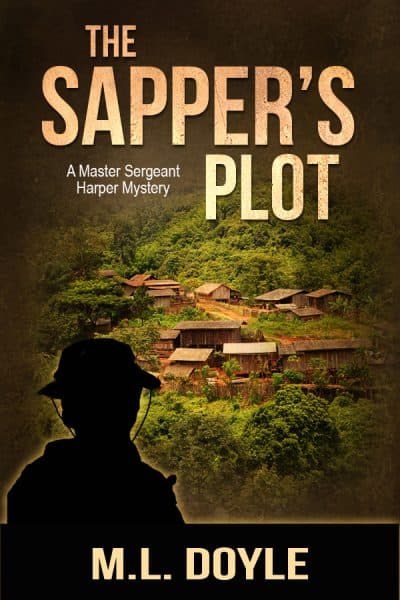 A last minute mission sends Master Sergeant Harper with a group of Combat Engineers—also known as Sappers, to a remote Honduran village, only to find a gruesome murder. This award winning mystery is a great way to honor Veteran’s Day.

The last thing Master Sergeant Lauren Harper needs is another difficult mission. Her ordeal in Bosnia left her traumatized and worn out. But a soldier doesn’t get to say no to official orders.

At least this time she’s embarking on a humanitarian mission. What could go wrong?  Turns out, just about everything.

Harper travels with a group of Combat Engineers—also known as Sappers, to the tropical jungles of a Honduran village, only to find a gruesome murder. Cut off from the main base because of the hostile weather, Harper and a man she hoped she’d never see again, CW4 Fletcher Mayes, are forced to take charge of the investigation. Lurking in the shadows are sketchy-looking locals, insolent Sappers, and an aggressive TV news team looking for a steamy scandal.

In the midst of it all, the arrival of Sergeant Major Harry Fogg provides some much-needed solace but also muddles her concentration.

Harper begins to think danger will find her wherever she goes, even in the deepest jungles of Honduras. At times, she feels her slightest movement will send her tumbling over a cliff—and heights are about the only thing Harper fears.