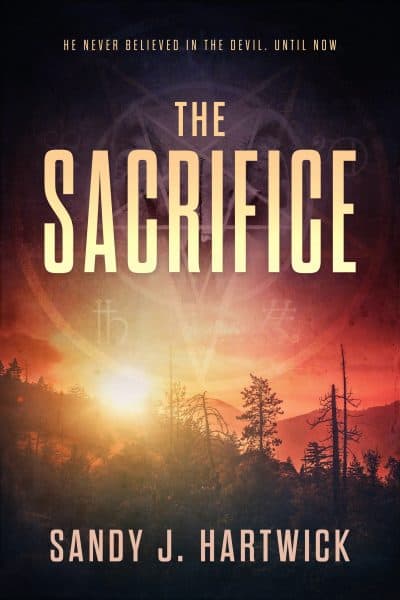 Stumbling onto a high-desert sacrifice on summer solstice, Tom makes a flash decision. Now he must battle the seen and unseen or his family will pay.

Tom White never believed in the devil. Until now.

The young rancher spends most of his time working the land he loves and looking after his family. His biggest problems are keeping his cattle on the range and the ranch in the black. But all that changes on the night of the summer solstice, when he stumbles onto a Satanic ritual just a moment too late to stop a murder. His reaction is instinctive and swift—a single bullet to the killer’s forehead. But with that one shot, he puts himself right in the crosshairs of people more evil than he could have ever imagined.

When people mess with the Taylor family, they don’t live to tell the tale. Rich casino owners and powerful Satanists, they will not stand for some bumpkin rancher killing one of their own. They set out to exact their revenge, unleashing a wave of evil and retribution that will sweep into Tom’s home and community, threatening to crush everything he holds dear.

With the help of Father Bob, an exorcist priest, Tom must stop the Taylors; together they will perform an exorcism, lose dear friends, and face their own violent demise. But the stakes rise exponentially when Tom’s wife and baby son are snatched up, their captor stealing them away to an unspeakable fate in Las Vegas. Tom won’t quit until he rescues his family and gives the Taylors exactly what they deserve . . .