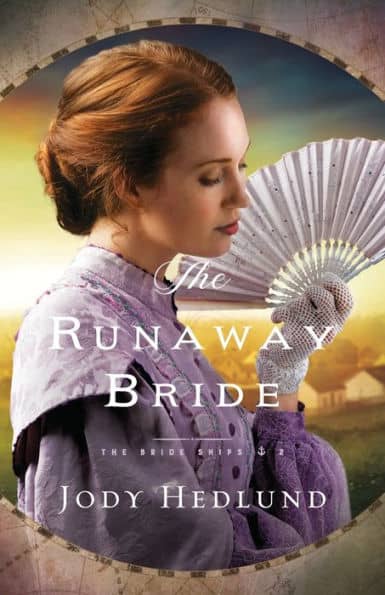 Wealthy Arabella Lawrence flees to British Columbia on a bride ship still wearing the scars of past mistakes. Will she have the wisdom to make the right decisions or will seeking what’s right cost both her everything?

(1) Mild
(1) Moderate
Log in to submit or change your own rating.
Click or tap each bar for more details

Wealthy Arabella Lawrence flees to British Columbia on a bride ship still wearing the scars of past mistakes. One of the few single women in the boomtown, she immediately has suitors, but she is determined not to find herself trapped again by a poor choice.

Vying for her hand are two very different men. Lieutenant Richard Drummond is a gentleman in the Navy and is held in high esteem. Peter Kelly is the town’s baker and has worked hard to build a thriving business. He and Drummond not only compete for Arabella’s affections, but clash over their views of how the natives should be treated in the midst of a smallpox outbreak.

As Arabella begins to overcome her fears, she discovers someone in dire need—a starving girl abandoned by her tribe. Intent on helping the girl, Arabella leans on Peter’s advice and guidance. Will she have the wisdom to make the right decision or will seeking what’s right cost both her and Peter everything?