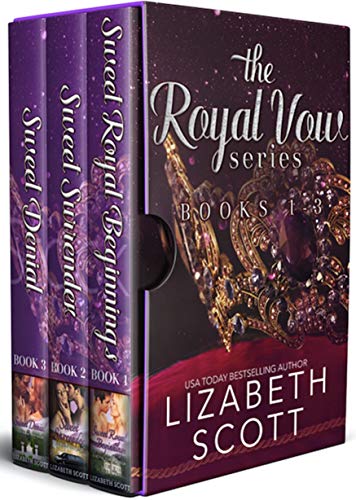 The royal SuMartra bad boy princes meet their matches with these uncommon commoners.

Sweet Royal Beginnings
Abandoned at birth, Jane Smith didn’t have much experience with the elusive emotion of love. Frankly, she didn’t even believe that any such emotion existed. After all, she had gotten along just fine all on her own for twenty some years. She certainly didn’t need some obnoxious, over inflated, egotistical man coming into her world and turning it upside down.

“Mike” thought entirely too highly of himself, and Jane was one woman that would not fall at his feet just because he was a prince (and probably the most handsome man she had ever seen in her life). His strong broad shoulders and dark brown hair or his midnight blue eyes did nothing for her, nor did his whiskey-smooth accent send messages of warning to her female parts.

But most of all, Jane Smith was a big ole liar.

Prince Mikal SuMartra had no idea why the small blonde on stage attracted him. Her figure was quite slim, which made other parts of her full lush body all the more tempting. The conflicting glimpses from the saucy siren with blushing innocence intrigued him. The way she reacted to his touch, he knew that a night in her arms would be pleasure-filled for both of them.

Her blatant refusal only made him more determined than ever to have her. Mikal couldn’t wait to peel away the many faces of Jane to uncover the true jewel beneath.

Sweet Surrender
Small town waitress, Mari Roe, can’t believe the tall, dark, and tasty guy that just walked into her restaurant. There is something about him that makes her lose all reason. When he invites her to join him on the remainder of his business trip, Mari puts her foot down. Someone like him is only interested in someone like her for one reason.

Prince Kiliad SuMartra can’t believe his eyes when a feisty harem girl accosts him in the parking lot of a greasy spoon restaurant. Mari excites him in ways that he has never experienced before. He is totally smitten by her gentleness and innocence. Keeping his identity from her is a decision that he may live to regret.

Sweet Denial
Ella had loved Prince Zahir secretly since she’d met him at her sister’s wedding. She’d thought he’d felt the same way, only to have her heart crushed when he chose another. For years she avoided him at all costs. She tried to move on, but it just wasn’t in the cards. When circumstances brought them back together, Ella found out some hard truths. Could she forgive him? Could they start over? Or had too many secrets spoiled what might have been?

Zahir made the decision to send her away for her own good. It was the hardest thing he had ever done. He spent years secretly watching over her until he thought she was ready for what he had to offer. Did he make the biggest mistake of his life? By never revealing his secrets, could he have lost the love of his life? He refused to accept that. He must prevail and convince Ella that what they felt for each other was too strong to ignore.