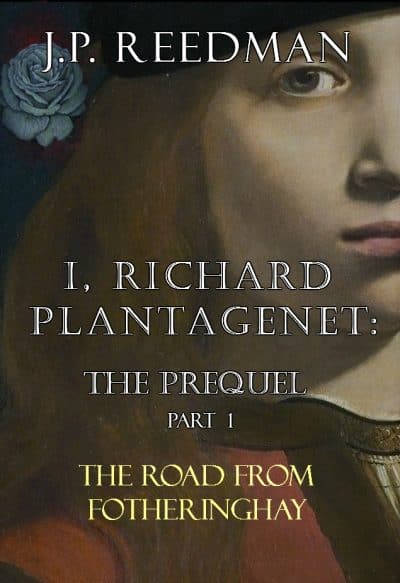 The Road to Fotheringhay: I, Richard Plantagenet: The Prequel

A child’s view of the Wars of the Roses. Young Richard Plantagenet’s father is slain at Wakefield and he is sent to the glittering courts of Burgundy for safety. The youth of England’s most controversial king—Richard III.

Before there was a King called Richard III, there was a boy, Richard of the House of York, youngest living child of his large, royal-blooded family.

A small, thin, nervous boy who witnesses the terror of the sack of Ludlow and is taken prisoner in its aftermath, along with his mother Cecily and two of his siblings.

A child of eight sent for safety to a strange foreign land when his father is killed in battle and one of his brothers murdered, their heads spiked above the gates of York by the Lancastrian victors.

A young boy raised to knighthood and a Dukedom by his eldest brother, the warrior-king Edward IV, then sent to Middleham Castle to receive knightly training in the household of his kinsman, Richard Neville—the infamous Warwick the Kingmaker. A place and a man that will shape the future course of Richard’s life . . .

First part in a two part series on Richard III’s childhood and youth.