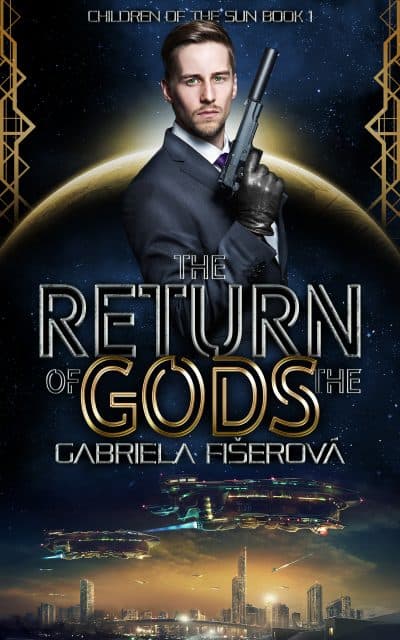 The Return of the Gods (Children of the Sun Book 1)

Join the secret agent Kaleth on his journey of meeting and fighting walking myths and their ancient army with a team like no other in this start to an epic sci-fi fantasy series full of action, dragons, superpowers, and romantic awkwardness.

Kaleth has worked as an agent of Luxarx for years. What the average person might see as an exciting, dangerous job has become the routine, and the only thing that fazes Kaleth now is that his habit of wearing suits everywhere is somehow still a thing his teammates tease him over.

But that’s all about to change.

An encounter with one unexpectedly peaceful (and cute) terrorist soldier brings everything he thought he knew into question. If not all Umbra are dangerous criminals, what else does Luxarx get wrong?

As he investigates, Kaleth stumbles onto a conspiracy that doesn’t just concern the agency, but also his government, and the whole world. There are monsters hiding in plain sight, secretly in charge of everything since the very beginning—the long-forgotten dragon-gods with supernatural abilities. And they are definitely not as mythological as everyone thought.

Now branded traitors, can Kaleth and his team fight back against the government they once served, and stop a world war before it can start?