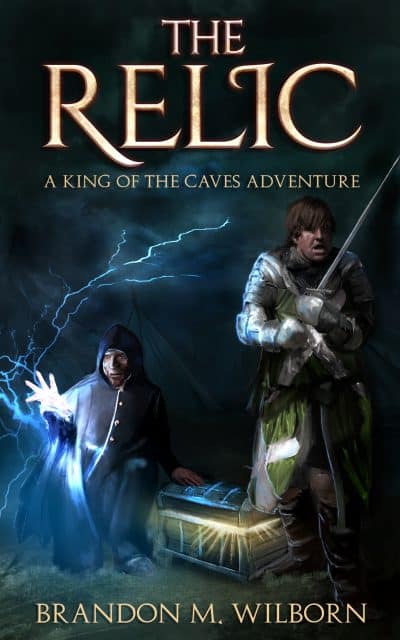 Warriors fight battles. Priests give hope. Sometimes you need both to win against unbeatable odds.

The victorious army of Fin has recovered the relic that King Frederick hopes will unite the entire plain of Apos.

Ward Finlay, the king’s general, looks forward to a well-deserved rest for his men. The king’s priest, Sage Bennett, studies the relic eagerly to discover its secrets.

None of them see the danger coming from the sea: an enormous Ballentine army sails up the river Apos, burning villages and murdering Fin’s citizens with their three-bladed death dance.

Holding the only high ground for leagues, the army of Fin is hopelessly outnumbered.

Their only hope is a vision given to Sage Bennett.

The Relic is the adventurous origin story of the warrior monks seen in Brandon Wilborn’s debut novel, The Treasure of Capric.