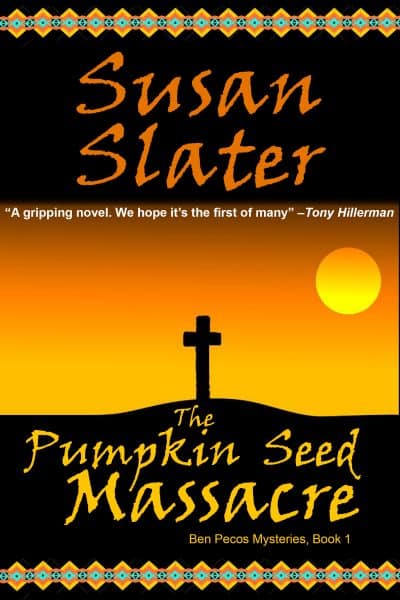 Tony Hillerman called it a gripping novel. Booklist says this is a series to watch. Still struggling with the demons of his past, psychologist Ben Pecos is plunged into the rampage of a mysterious illness that is killing the residents of the pueblo.

Native American psychologist Ben Pecos has returned to the New Mexico pueblo of his birth as an intern with the Indian Health Service. Still struggling with the demons of his past, he is plunged into the nightmare rampage of a mysterious illness that is killing the residents of the pueblo, including his own grandmother.

One of the victims, the powerful tribal governor, had made powerful enemies, and Ben suspects his murder was premeditated—but that doesn’t explain the insidious killer now stalking the innocent. Undaunted, Ben digs deep into the motives of power and greed to root out a killer whose deadly agenda is spiraling out of control.

Praise for The Pumpkin Seed Massacre:

“This is a wonderful book with loveable heroes.” —Library Journal

“Solid characters, fascinating atmosphere, and authentic setting—The Pumpkin Seed Massacre is a book you will enjoy. Ben Pecos is a star in the detective firmament. I predict a big future for Susan Slater.” —Barbara D’Amato