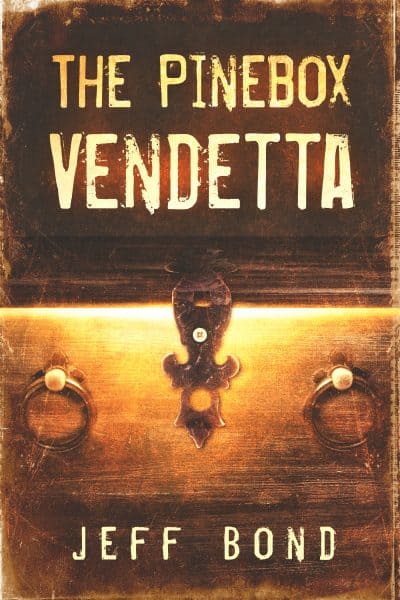 From the author of The Winner Maker and Blackquest 40 comes The Pinebox Vendetta: a genre-bending thriller that combines a love story, cold-case murder mystery, and political blood feud—told over the course of a single breathless weekend.

The Gallaghers and Pruitts have dominated the American political landscape dating back to Revolutionary times. The Yale University class of 1996 had one of each, and as the twenty-year reunion approaches, the families are on a collision course.

Owen Gallagher is coasting to the Democratic nomination for president.

Rock Pruitt—the brash maverick whose career was derailed two decades ago by his association to a tragic death—is back, ready to reclaim the mantle of clan leader.

And fatefully in between lies Samantha Lessing. Sam arrives at reunion weekend lugging a rotten marriage, dumb hope, and a portable audio recorder she’ll use for a public radio-style documentary on the Pruitt-Gallagher rivalry, widely known as the pinebox vendetta. What Sam uncovers will thrust her into the middle of the ancient feud, upending presidential politics and changing the trajectory of one clan forever.

The Pinebox Vendetta is the first entry in the Pruitt-Gallagher saga: a series that promises cutthroat plots, power grabs, and unforgettable characters stretched to their very limits by the same ideological forces that roil America today.