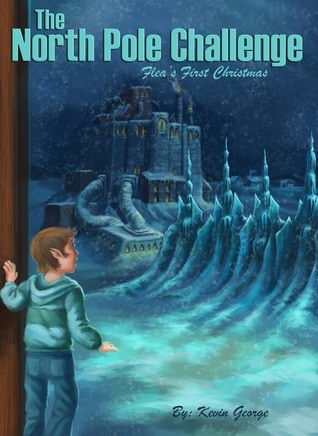 Always different from the other kids at school, Flea can stop snowballs in mid-flight and builds things in minutes. His abilities lead him to North Pole, where he must battle an enemy who wants to end Christmas forever.

Flea has always been different from other students in school. He’s not smart or athletic, he’s shorter than kids five years younger than him and his facial features are so pointy that everyone avoids him. His foster mother constantly warns him to avoid attention, though Flea has no idea who’s after them. But Flea has recently discovered several abilities that change his life forever: snowy weather follows him wherever he goes, he stops snowballs in mid-flight and he builds anything in shop class in the matter of minutes despite his lack of training. An appearance on The Great Build-Off—a popular construction game show—leads him to a magical place he thought existed only in Christmas stories.

At the North Pole, Flea feels even more like an outsider. In fact, this storybook village reminds him of every school he’d ever attended, complete with overachievers and underachievers, popular elves and outcasts, even elves who aren’t afraid to march to their own beat. But during his training to become a proper builder elf, he discovers that the North Pole has an arch-nemesis bent on invading the elfish lands and ending Christmas forever. With a war looming against the South Pole, Flea’s sudden appearance at the North Pole is no coincidence, as he questions his role in the fate of the world’s greatest holiday.

“The North Pole Challenge” is not your typical Christmas story. Everyone knows about Santa Claus, his elves and the North Pole but this book provides a fresh outlook on the old familiar tales. Imagine Santa Claus as a reclusive loner, Rudolph as a narcissistic whiner, the elves as cruel party animals. And no great story would be complete without an enemy of epic proportions, another familiar Christmas name with a wicked past never before told . . .