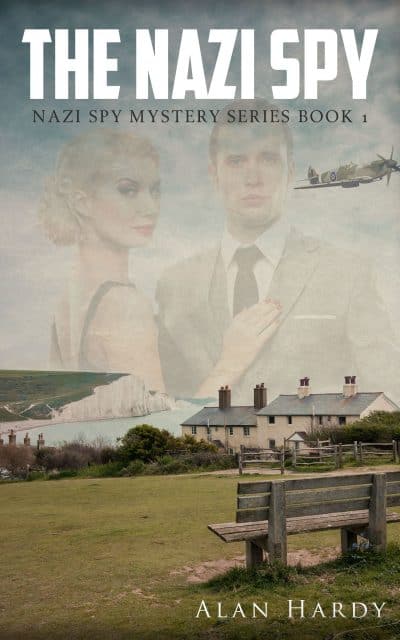 Scotland. 1941. Someone close to Fiona has been killed. And who is writing love letters to her? There’s a spy in her midst who is about to strike the most lethal blow of all… Fiona has to tread warily. If she makes one false move, it could well turn out to be her last.

Scotland. 1941. Fiona, rich and privileged, is trapped in a loveless marriage to a Flight Lieutenant in the Royal Air Force. Although, at thirty-seven, she is no longer the pretty young thing she used to be, she still secretly clings to the romantic dreams of her youth. The very young and very handsome Flight Lieutenant Matthew Manfred, in the same squadron as her husband, is starting to figure very strongly in those dreams… Out there, meanwhile, in the real world, Great Britain is on its knees, and Germany triumphant. War threatens not just the survival of Great Britain, but also Fiona’s position and wealth. And even her life… You see, murder has raised its ugly head… Someone close to her has been killed. But who is the murderer? And who might be his (or her) next victim? Fiona sets out to investigate, but it’s not going to be easy, because, you see, there are another two mysteries she needs to solve. Firstly, who has been writing love letters to her? Very beautiful letters, but letters of an extremely intimate nature… Then there’s the other mystery, probably the most important, and the most threatening of all. You see, she fears there is a spy in her midst…who is about to strike the most lethal blow of all… She will have to find out who that person is, not just to protect her country, but to protect herself. She must tread carefully, without arousing suspicions. Are the murderer and the spy one and the same person? Or could they possibly be two different people? Who is implicated? Is it dour, dull Squadron Leader Jackson? Or Belinda, his cheeky, promiscuous wife? Is it ladies’ man, Flight Lieutenant George Turnbill? Or Paula Wentworth, his latest, shameless squeeze? What about the moustachioed Group Captain Jenkins? Or Mary Wilkinson, looking far too attractive in her smart blue-grey uniform? And, to Fiona’s annoyance, looking far too young… And what is the role in all this of gorgeous, young Flight Lieutenant Matthew Manfred, who once gave Fiona a soft, lingering kiss she just can’t forget? What secrets are hidden in his beautiful, throbbing breast? And is he the person who has been writing sweet nothings to her? Fiona hopes so, but fears he might turn out to be something a good deal worse, and quite terrifying… And what is young Mary Wilkinson to him? Fiona has to tread warily, as if on eggshells, because, if she makes one false move, it could well turn out to be her last.