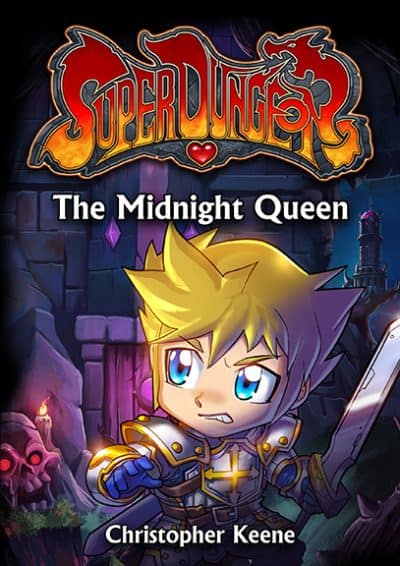 The hope of Crystalia lies in the Prophecy of Five.

The hope of Crystalia lies in the Prophecy of Five.

The prophesied princesses have traveled the kingdom, fighting monsters and tyrants across the realm to bring about peace. But not all of the princesses have returned safely. Without them, darkness begins to overtake the land and its inhabitants. At the center of the growing darkness is the mysterious Midnight Queen, a figure seemingly involved in every plot against the Goddess, including capturing the missing princesses.

To protect the kingdom, Otto of the Royal Paladins volunteers to face the Midnight Queen. Eager to rescue their missing sisters, Princesses Sapphire and Emerald accompany him to the center of the darkness—the Midnight Tower.

The Midnight Tower is a terrible place—corrupted, deadly, and home to the Midnight Queen. Unless they defeat the evil sorceress, Crystalia will succumb to the dark creatures under the queen’s command. But the Tower knows their deepest fears, and a battle rages inside, as well as around, them. How will they keep the hope alive when they must overcome their greatest opponents yet—themselves?