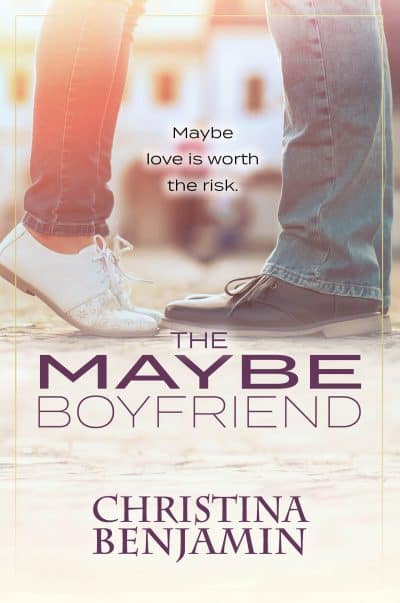 The Maybe Boyfriend: A YA Contemporary Romance (The Boyfriend Book 6)

He’s everything she’s afraid of. She’s everything he needs. Maybe love is worth the risk . . . Find out when Megan and Zander’s Irish adventure goes awry and things get dangerously close to revealing his dark past.

Everyone wants to be Zander O’Leary, except Zander O’Leary. The youngest billionaire in Ireland is that finding life is lonely at the top. Everyone wants a piece of him and Zander finds it hard to trust anyone’s motives. His only real relationship is with Megan Fields, a college student he’s had a crush on before he got rich and famous. The only trouble with Megan . . . They’ve never met in real life.

Megan Fields has stars in her eyes and dreams in her heart. As a Boston University film student, it’s Megan’s job to let her imagination carry her away. But she never could have imagined getting the chance to go to Ireland for a semester abroad with her dream guy. But that’s exactly what happens when Zander’s company offers her a film scholarship.

Megan’s hopes are set high as she flies to Ireland, determined to get the guy. And Zander hopes bringing Megan to Ireland will be the change he needs. But things go from bad to worse as Zander realizes maybe he’s not ready for as much of a commitment as Megan is looking for. Rather than facing the facts, Zander does what he does best . . . he runs.

No one knows the real reason the handsome tech genius won’t let anyone in, but Megan isn’t willing to let him off the hook so easily. When their Irish Adventure goes awry, things get dangerously close to revealing Zander’s dark past. Can Megan push past the walls he’s putting up? Or will she decide that maybe, maybe is not enough?