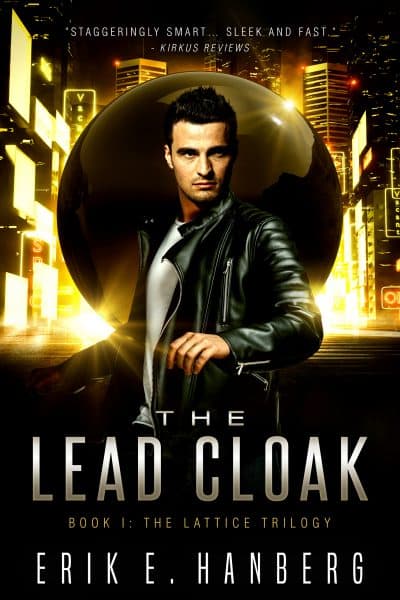 Byron Shaw can track everyone on Earth. Except the people who tried to kill him. With the awesome and terrifying power of the Lattice, Shaw can see anywhere in the world, including every thought you’ve ever had. Some people love it. And some people want to destroy it.

Nevada, 2081. Colonel Byron Shaw safeguards the world’s innermost secrets. From a control center in Area 51, he monitors the expansive surveillance system that once saved him from certain death at the hands of ruthless kidnappers. But not everyone trusts technology that peers through strangers’ eyes, so it’s no shock when a guerrilla attack nearly wipes out the network and spills his blood.

Tasked with tracking down the terrorist cell, Byron sets off on a globe-spanning chase that brings him to the outer edge of Earth’s atmosphere. But as he infiltrates their ranks, a growing suspicion about the system that preserved his own life could sabotage civilization.

Torn between duty and doubt, one man’s decision could rewire humanity’s future.