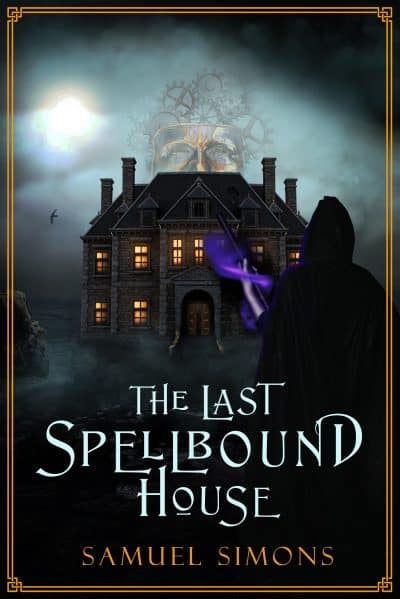 In a steampunk dark fantasy world, follow a scholar-adventurer named Pyke who, along with an aspiring wayfinder named Jenna, encounters a clue as to the origin of his world’s apocalypse and uncovers a deadly secret ticking its way to preparedness for a century . . .

“The smallest meaningful unit of magical power is one mortal life.”

So said the Fae and the Dead who ruled the Spellbound World . . . until they vanished, along with its sunlight.

A century ago, an apocalypse of magic tore all but one of the world’s artificial suns from its skies. The feudal Phoenix Kingdom which rose from the ashes has yet to solve the mystery of the cataclysm’s origin, or determine why the undying ancients disappeared so completely.

Pyke is a scholar-adventurer tasked with seeking the magical inventions the missing tyrants left behind. His mission has brought him to the Last Spellbound House, a mansion whose rumored remnants of magical technologies will prove to be the least of the dangers awaiting him.

With the assistance of an aspiring wayfinder named Jenna, Pyke makes a chilling discovery. The sun-killing cataclysm was no accident, and its deadly source still threatens the world. Separated by a century-old conspiracy, Pyke and Jenna must work independently to unravel the secrets of the Last Spellbound House and stop its heart: tasks which will require the two to rely on some diverse and unlikely allies, and to learn the truth of how the Ancients fell.

Failure will spell death for two hundred innocents, and awaken a long-sleeping force capable of extinguishing the flames of the Phoenix Kingdom for good.