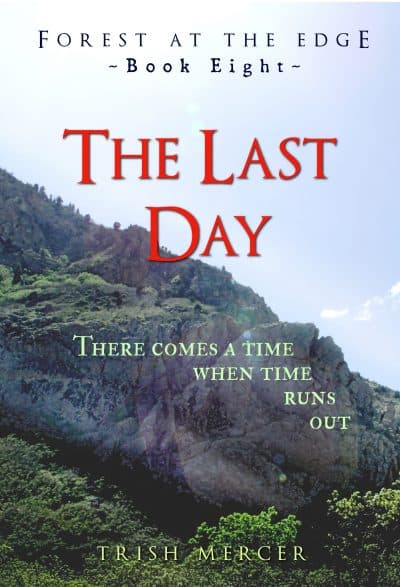 The Last Day (Forest at the Edge Book 8)

The Last Day is coming, but no one’s entirely sure what that means. All they know is that the Deliverer will save them before the coming Destruction.

Salem has been preparing for this day for 165 years.

Everyone knows where to go: the Ancient Temple Site, which 27 years ago Guide Gleace saw in vision would be the place of refuge for Salemites fleeing ahead of the Army of Idumea.

They know how to go: follow the trees with “bear” slashed marks on the trail which General Perrin Shin and his family have faithfully marked for more than two decades.

And they know when to go: gray and black banners will fly over Salem indicating that Idumea is on the move. General Lemuel Thorne, desperate for food and farms, intends to take over Salem to create the largest kingdom the world has ever seen, and unwittingly causing the Last Day as he does so.

But no one knows what the “Last Day” means, and Shem wishes the Deliverer would show up and tell him what to do before the army arrives.

And no one knows if Young Pere, who’s reluctantly leading the army to Salem, will make it home, and Mahrree won’t leave without her grandson.

And while nobody knows what The Writings refer to as “the coming Destruction,” Young Pere is sure of one thing: he’s running out of time before that Destruction arrives.