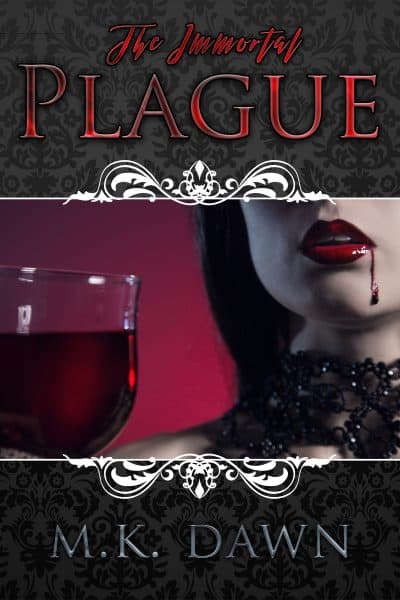 In a world ruled by vampires, humans are the minority. Ethan and Evie Calaway are all each other has left. But when Evie elects to extend her visit to the Immortal Realm without a warning, Ethan knows something isn’t right.

Years after the Blood War has ended, the conflict between the human and Immortal realms is still devastating families.

With their family all but gone, Ethan and Evie Calaway are all each other has left.

When Evie elects to extend her visit to the Immortal Realm without a warning, Ethan knows something isn’t right.

In her apartment he finds one name written alongside a photograph of the Immortals’ synthetic blood center: Sam.

Samantha, daughter of an Immortal Council member, is torn between fulfilling family obligations and following her own path.

After a shooting at an illegal underground club she once frequented—one in which only she and Ethan survive—Samantha vows to help track down Evie.

They soon realize what they’ve stumbled into is more than just a missing person.

And just maybe everything the humans believe about the Immortals aren’t myths after all.