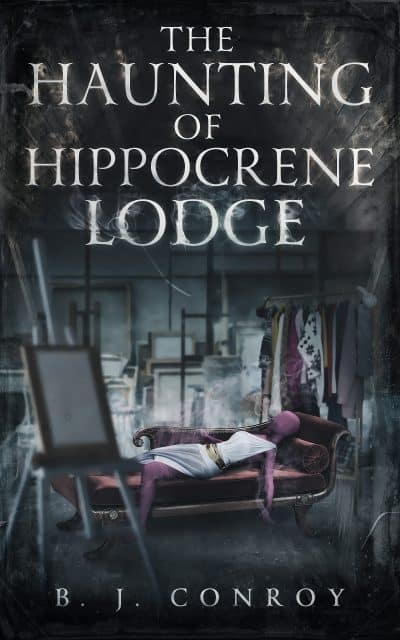 The Haunting of Hippocrene Lodge

Sara Thorne, a gifted Australian landscape painter, accepts an invitation to spend a weekend painting with celebrated portrait artist Clement Allenby, at his home Hippocrene Lodge. The setting is idyllic, but her stay is soon disturbed by terrifying visions.

Sara Thorne is a gifted Australian landscape painter in her twenties. She accepts an invitation to spend a weekend painting with celebrated portrait artist Clement Allenby, at his home Hippocrene Lodge, in the beautiful Blue Mountains, west of Sydney.

Clement’s most famous portraits are painted at Hippocrene Lodge and feature creative people from all branches of the arts, performing as Clement paints them. A portrait of Sara by Clement would cement her growing reputation in the art world.

Sara’s idyllic stay is interrupted when she receives a terrifying vision of her dead mother, the actor Gabrielle Summer, warning her to leave.

Gabrielle’s only connection to Clement and Hippocrene Lodge is that she posed for him there thirty years ago. Twenty years later, she drowned in the bath of her Sydney apartment, having lost consciousness after an overdose of drugs and alcohol. Her career had been in a steady decline.

Is Sara’s subconscious conjuring up visions of her mother to warn her against the dangers of fame, or are more sinister forces at work?

Sara’s choices during the weekend will determine her future as an artist.