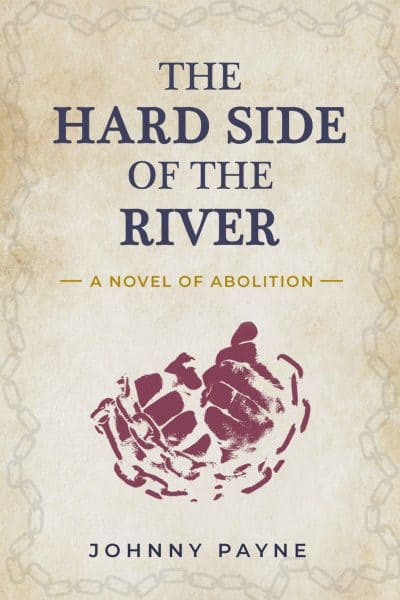 The Hard Side of the River: A Novel of Abolition

In the Old South, freedom moves in kind hands and brave hearts . . . but justice only comes from the barrel of a gun.

The setting is Maysville, Kentucky, 1833—thirty years before the War Between the States will tear our fledgling nation asunder. But on the dusty roads just south of the freedom line, schoolteacher Dana Curbstone and preacher Cal Fenton have already begun their private war on the institution of slavery. When they conspire to smuggle escaped slave Jacob Pingram across the Maysville River, Pingram’s masters dispatch retired slave tracker Dan Baskin to retrieve their human cargo and bring the two budding abolitionists to justice.

But Baskin has his own war to wage. Pingram knows the whereabouts of another former slave, Abejide, and the determined tracker’s quest to learn the fate of the woman he loved and lost sets slave and freeman alike hurtling toward an electric showdown on the mud-slick banks of the Maysville River from which nobody will escape unscathed.

Richly detailed, immaculately researched, and orchestral in its construction, The Hard Side of the River pays thoughtful tribute to the human cost of slavery and the overpowering strength of the American spirit. It is nothing short of a literary triumph.

Readers who enjoyed The Help by Kathryn Stockett, 12 Years a Slave by Solomon Northup, Homegoing by Yaa Gyasi, and King Leopold’s Ghost by Adam Hochschild will love this moving narrative, as well as anyone who likes reading about: