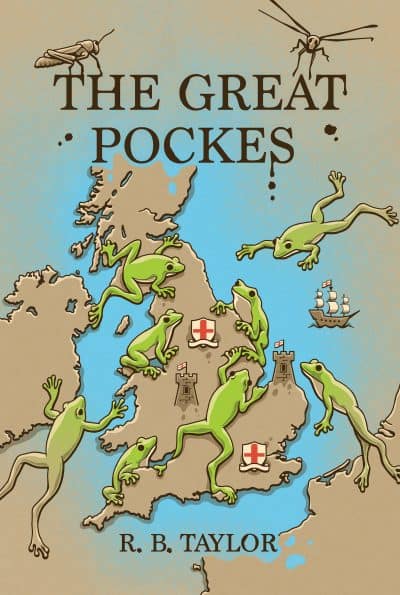 Henry VII—yes, the one Shakespeare forgot!—has a problem. A plague is sweeping England, spread by sexual intercourse! The Great Pockes! A young barber-surgeon vows to find a cure but must confront a hostile government, Church, and medical profession.

“A fresh funny black comedy with something to say about contemporary society. Savage in its wit , and refreshingly non-PC” —Variety

Henry VII—yes, the one Shakespeare forgot!—has a problem. Several problems. His subjects are unhappy with their tax burden, the nobles are unhappy with his leadership, and his claim on the throne is shaky at best.

Now he faces the biggest threat to his rule. An epidemic is sweeping England and it is spread by . . . sexual intercourse!

The Pockes, no less. Or The Great Pockes as it is soon known.

It falls to Robert Bacon, a young barber-surgeon, to find a cure. But he reckons without the opposition of Henry’s faction-riven, self-seeking, agenda-driven government—sound familiar?—and the hostility of the Church, and the physicians, alchemists, and soothsayers that make up the English medical profession.