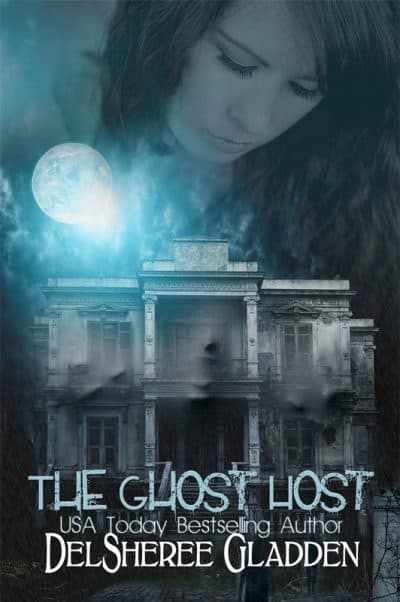 Everyone thinks Echo is crazy. That’s mainly due to the ghosts, but the FBI showing up isn’t helping either. Echo Simmons is The Ghost Host.

Everyone thinks Echo Simmons is crazy, but being The Ghost Host isn’t just a YouTube hoax like people think. It’s the only way to control the ghosts haunting her . . . at least until the FBI shows up asking questions.

The first eighteen years of Echo Simmons’ life have been less than ideal. On more than one occasion her parents have considered committing her to an asylum. They don’t believe she sees ghosts or that they harass her on a daily basis. So when a rogue ghost begins tormenting her, they’re the last people she’s going to tell. Her friends Holden and Zara are doing their best to help, but ghost attacks are only the beginning of Echo’s problems.

Handling the ghosts by giving them a voice on YouTube through her webshow has been her saving grace—even if her parents think it’s all a hoax—but that gets a little complicated when the ghost of Madeline Crew reveals a little too much about her previous life and the FBI shows up at her door wanting to know how she gained access to long-buried government secrets.

It just keeps getting worse from there. Madeline’s message to her great-grandson, Malachi, sparks a strange connection between Echo and Malachi, which leads to Georgia, secrets, mistakes, love, lies, and life-changing revelations.