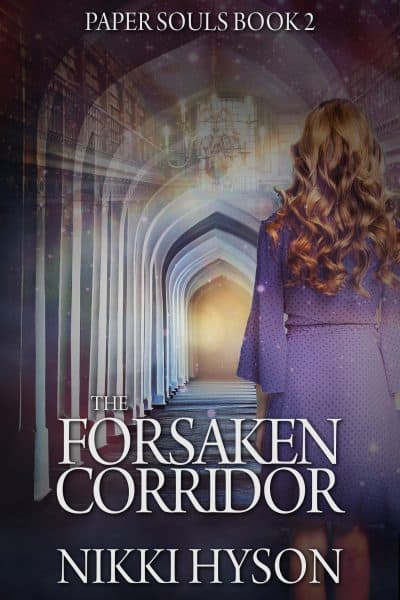 What magic might a writer embrace to save the friend she left behind?

Lily Westerfell’s fingers twitch, aching to write, but she knows better. Last year, Professor Moriarty, untethered from his book, made his power known to her. Capturing her father in a painting, pushing her friend into servitude, and murdering her fellow wordsmith, Moriarty made his position clear: Write for me. But Lily dares not. Better to hide than give this despicable man control over her creations. Better to pretend her words mean nothing.

Except. Away from London and Moriarty’s Guild, she learns of a corridor and makes a few allies. Friends who know what Lily is. A child of blood and ink. Heart twisting, Lily thinks of James, still imprisoned, and her father hanging in a bespelled canvas. Can she live with those failures? She must write if she wants to defeat Moriarty. Can Lily find the courage to pick up her pen again?

Book Two of the Paper Souls Saga finds Lily even deeper in the Guild’s labyrinth of magical corridors, enchanted mirrors, and the danger of betrayal at every turn. Picking up that pen, is just the beginning of her journey.