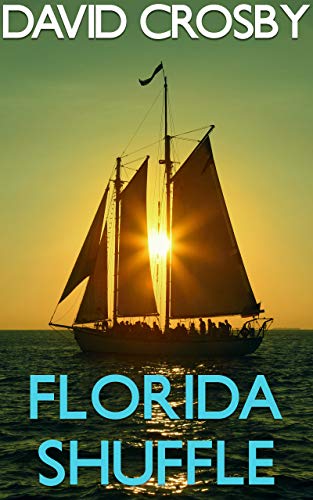 A simple, deadly scam—getting rich in the rehab biz . . .

In his fourth hard-boiled action thriller, reporter Will Harper tries to balance true love at last with a heart-breaking opioid epidemic exposé. As always, he gets more than he bargained for when his investigation turns personal—and uncovers a drug ring with connections to Miami gangs, sex trafficking, and murder.

Seems like Will’s got it made. The semi-retired investigative journalist is living the dream aboard his yacht WanderLust with his new live-in girlfriend Callie, a social worker at a rehab center. And, tired of getting beat up on the job, he’s finally whipping himself into shape. But it’s not all Florida coast sunsets, kayak adventures, sweaty bike races, and steak dinners on the boardwalk.

Callie learns her employer has a history of setting clients up in shady sober homes in exchange for financial kickbacks—and one of those homes has lost three of its patients to “accidental” overdoses in the past four months. Turns out it’s just the tip of the iceberg.

When Will takes on a gig investigating one of the deaths, then discovers the center’s director doesn’t exist—it’s on. And then Callie goes missing.

Ever faithful, Will’s hot on her tail, all the while uncovering a crooked ring of pimps and drug pushers masquerading as rehab staff. Suddenly our hero finds himself a player in the fabled—and lucrative—Florida Shuffle. And he’d better move it—or the first woman he’s loved in years will end up dead.

Fans of juicy murder mysteries with compelling male sleuths like those by John D. MacDonald and Randy Wayne White will hit it off with Will—as will fans of crime mysteries by Dawn McKenna, Wayne Stinnett . . . and anyone who loves seafaring adventures.