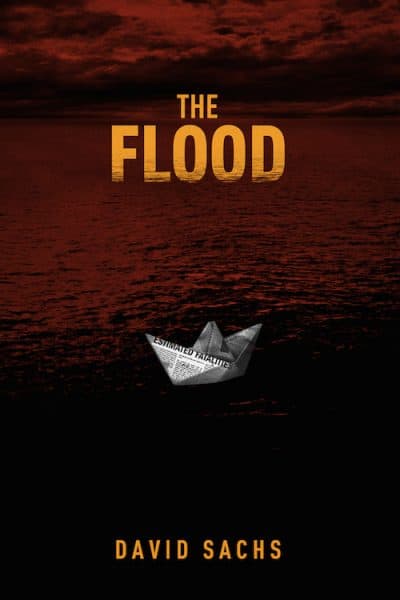 For those who escaped the Flood, the nightmare is just beginning. “Sachs keeps the story moving full-steam-ahead, balancing his fleshed-out portraits of memorable characters with visceral action scenes . . . An engaging and ultimately devastating disaster novel.” —Kirkus Reviews

For three years, Travis Cooke has dreamed of reuniting his family, but not like this.

When the Flood hit, America’s East Coast was evacuated by every means possible. Hours later, a cruise ship assisting in the rescue lies dead in the water: no power, no communications, and nowhere near enough food. Thousands of refugees on board, including Travis, his-ex-wife, and their young son, find themselves alone in a big ocean.

Now, the escapees from the Flood face a new challenge—survive until rescue comes—and a journey into human darkness and heroism begins. Desperate to protect his family as the panic rises, Travis finds behind each door an unexpected new side to the Festival, but no way out. How far will he go?

Bonus short story in ebook: Locked in the Trunk of a Car, a sharp suspense thriller in a small package.