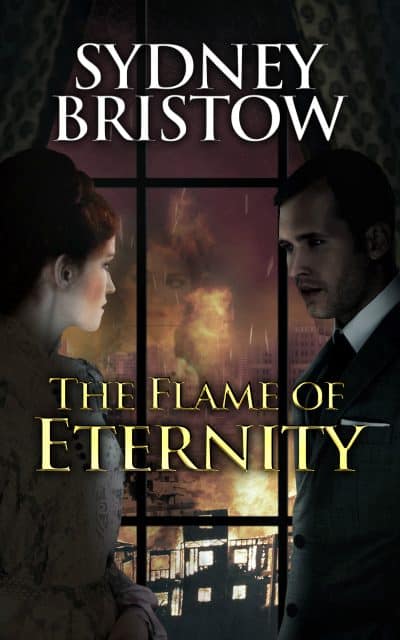 The Flame of Eternity

Framed for murder, Terrance Fogg must clear his name, win over his soul mate, rescue his loved ones, and prevent thousands from losing their life savings. But his efforts trigger the most calamitous natural disaster of the nineteenth century: the Great Chicago Fire.

Terrance Fogg is stunned when his charismatic mentor, a dying multi-millionaire named Preston LeClerc who regards Terrance as a son, trusts only him to take over his dynasty. But when Terrance discovers that LeClerc built his empire upon extortion, larceny, and murder, he is disgusted by such corruption and refuses the promotion.

To encourage him to do otherwise, LeClerc falsifies evidence, persuading the police that his apprentice is a murderer. He also threatens the lives of Terrance’s family and friends and then bankrupts half of the residents in Chicago, knowing that only Terrance could reverse the effects.

Into this contest of wills steps the only woman Terrance has ever loved, Sophie Barrett. She harbors a secret that prohibits her from revealing how much she cares for him. But when he uncovers this mystery, Terrance realizes that this revelation provoked LeClerc to blackmail him, which set these disastrous events in motion.

Within twenty-four hours, Terrance must win over his soul mate and clear his name while racing to rescue his loved ones and tens of thousands of residents from losing their life savings. But his efforts have an unintended side effect. One that kills over 300 people, leaves 100,000 more homeless, and triggers the most calamitous natural disaster of the nineteenth century: the Great Chicago Fire.