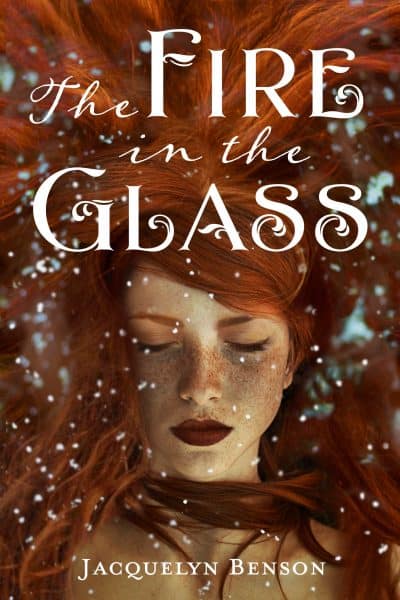 The Fire in the Glass (The Charismatics Book 1)

Some call Lily’s visions a gift. She calls them a curse–but they might be the only way to stop a killer stalking the streets of Edwardian London. Immerse yourself in this gripping historical fantasy first-in-series from an RT Times award-nominated author.

In the gaslit streets of Edwardian London, someone is draining the blood of the city’s mediums. Lily Albright knows who’s next. As the unacknowledged bastard daughter of the powerful Earl of Torrington, Lily lives a life apart, but her outcast social status is less isolating than the closely-kept secret of her unusual and disturbing power.

For as long as she can remember, Lily has been plagued by visions of the future, and never once has she been able to prevent the horrors she foresees from coming to pass.

This time, her unwelcome “gift” has shown her the brutal murder of her only real friend—vivacious, gossipy Estelle, who makes her living as a spiritualist medium. London’s tabloids have been raving about the mysterious deaths of several of the city’s mediums, who have been found lying in their beds inexplicably drained of blood. The papers call it a vampire on the loose, but Lily knows the killer is a different kind of monster—one who could be caught and brought to justice, perhaps in time to save her friend.

When her quest to identify the killer takes her to a bedchamber where one of society’s most notorious widows lies dead, she’s forced to team up with the reclusive Lord Strangford, a man haunted by his own unusual powers. To save Estelle, Lily must ask Strangford to face unimaginable horrors, and is compelled to reveal her darkest secrets to a man she has little reason to trust.

What they discover together isn’t just murder but a conspiracy with the power to reshape the future of the human race. To stop it, Lily must face a past rife with betrayal—and embrace the power she has spent her entire life trying to escape.