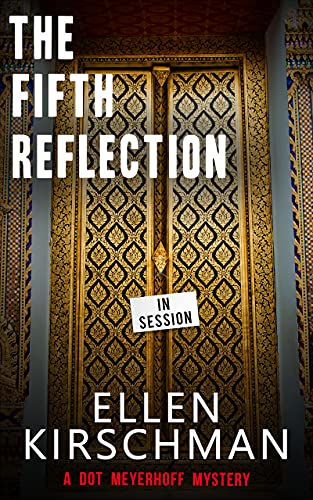 Edgy art photos of kids . . . and then a monster pounces. Dot Meyerhoff’s job is to counsel cops, period. But a sensational kidnapping is about to emotionally break her client, the cop on the case. And Dot’s own fiancé’s a little too obsessed with the child’s mother . . .

Dot Meyerhoff’s job is to counsel cops, period. But a sensational kidnapping seems to be threatening the mental health of everyone in her town, including Dot’s own. She has a deeply personal and disturbing issue—her fiancé Frank’s a little too obsessed with the child’s mother—who just might be a whack job.

The mom is Frank’s photography teacher, well known for her nude photos of children. “Sensual, not sexual,” proclaims Frank.

Already she’s in pretty unsettling territory, just knowing the danger the child’s in, and the anguish her client, the cop on the case, is going through. But in addition, Frank seems preoccupied with “being there” for the child’s mother, whom he describes as an extraordinary photographer and a wonderful teacher.

What Dot knows is that she’s exceptionally beautiful.

That could be enough to throw a police psychologist off her game, but Dot needs to stay alert—Manny Ochoa, her cop client, is at the breaking point, having worked the case around the clock for months, combing unsavory, disturbing videos and chatter. The kicker—Manny’s a new father who feels he’s failing the lost girl, and his obsession to find the kidnapper is undermining his mental health, his employment, and his marriage.

Dot understands that the only thing that will bring him peace is finding the kidnapper. So she’s determined to do it, despite threatening her own job by getting too involved. And despite the fact that the mother, whose Buddhist beliefs steer her away from the investigation, all but refuses to cooperate. Undeterred, Dot explores not only the exotic world of artist communes and bohemians, but the seedier side of town and the decidedly grittier side of police work.