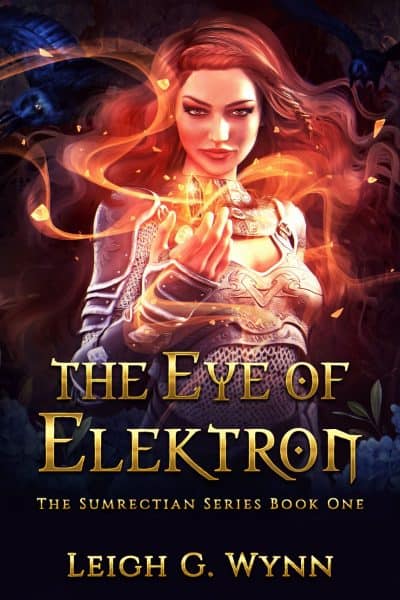 The Eye of Elektron (The Sumrectian Series Book 1)

Dawn has no special powers. To the superhuman Sumrects she serves, her life is irrelevant. Until she wakes a magical device capable of freeing humans from Sumrectian tyranny. Now the world’s most powerful Sumrect is after her. But not for the reasons Dawn believes.

Dawn Rene has no special powers. Average, plain and weak, she survives under a brutal regime by pretending to be invisible. And to the superhuman Sumrects she serves, her existence is irrelevant.

When she tries to save her brother’s life in a twisted painting competition, she accidentally awakens the Eye of Elektron—a banned magical device capable of freeing humans from Sumrectian tyranny . . .

In front of Ansel Cassadian, the most powerful Sumrect in a thousand years.

Now he is on the hunt for her. He knows everything about her. And he will go to any length to capture her.

But not for the reasons Dawn believes.

Little does she realize this is not their first encounter. Her fate has long been intertwined with his ever since a tragic betrayal eleven years ago.

As evil threatens to destroy all she holds dear, Dawn must unravel the secrets of her past to free humans from oppression before time runs out.