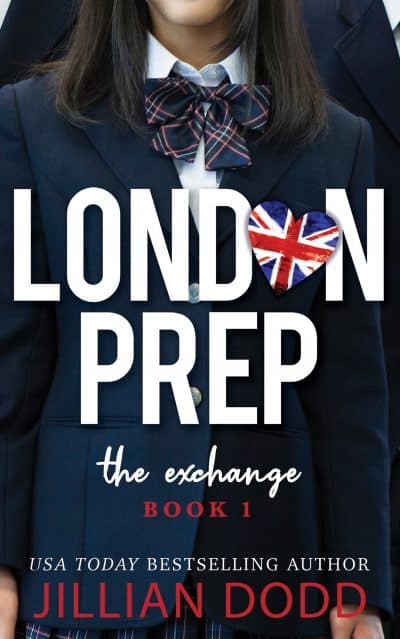 London Prep. Where the boys are as cute as their accents. Three weeks. Three boys. What could go wrong?

When my parents told me that I’d be spending three weeks at a London prep school on a student exchange my junior year, I was furious. I love New York. My school. My friends. And I didn’t want to leave. But after some not so subtle insistence about experiencing a new culture, gaining worldly knowledge, and the fact that it was only three weeks, I knew I wasn’t getting out of it.

So I decided that if I had to go, I might as well have some fun. Make the most of it and blow off some steam. Which is how I meet Harry at a pub. His blue eyes, adorable accent, and charming ways instantly won me over—right after his lips did.

I started to think that London might not be so bad.

But then I met Noah.

He’s tall, dark, intense and spends way too much time in the shower. I know this because I have to live with him. And did I mention he hates me?

My first day at Kensington School is more eventful that I anticipated. A boy named Mohammad takes me under his wing, declares himself my guide to the “hostile and hormonal battlefield that is the Kensington School” and he lays three facts on me:

He, Harry, and Noah are best mates. That I’m bound to cause drama. And that I’ve already got his boys twisted up.

I’m way in over my head, and it’s only my first day!