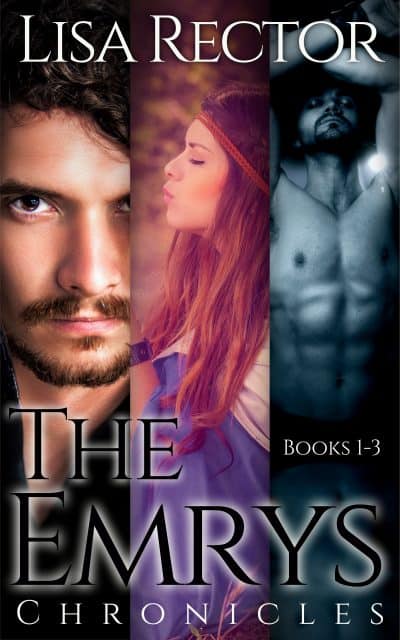 Powerful beings you’ve never seen before, in a romantic fantasy series like no other. Meet the emrys—not your typical immortals. No shifters or sparkly vampires here.

Choose the light or choose the darkness, but you cannot have both.

Lost to the lies. Consumed by revenge.

Unaware of her immortal heritage, Ahnalyn learns she’s a child of two worlds—a half-emrys with the ability to wield the light and the dark power. As Ahnalyn is thrown on a journey beyond her control, she must sift through the lies to uncover her true self and true potential, before the darkness consumes her.

Choose the light or choose the darkness, but you cannot have both.

Einion is fearful of the dark power inside that could lead to his corruption. Rhianu, a ruthless Dark Emrys, stumbles into his life, challenging everything that was once always so black and white. As despairs over Einion’s heart increase his uncertainty, he is thrust on a path where he must face his worst fears to save who he truly loves. Meanwhile Rhianu is torn between power and love, between the past and the future. Knowing betrayal, she must follow her master’s plan—no matter what her heart tells her.

Time is only one enemy.

A malicious shadow trails Catrin and Meuric after they find themselves thrown back in time. Only Meuric knows the enormity of this evil that wants to claim Catrin. Meuric’s light could save her, but using it will diminish his dark power, hindering his ability to pass through the ether to their own time. Discovering the way home has just become the least of his problems . . . if there’s a way home at all.

When you’re done with the series, don’t forget to read Fallen Emrys: Niawen’s Story, book 0 in The Emrys Chronicles.

Romantic fantasy is for you if you like a light, character driven, more traditional fantasy plot, which includes two characters who find themselves drawn to each other, even if they start out as enemies. During a character’s journey to develop powers and overcome trials, romance will ensue with bits of tension. The hero or heroine will undoubtedly be fighting some inner battle that makes them bulk at the chemistry with the other character until they slay their inner demons, save the world, and realize there is room in their heart to love.

Romantic fantasy might not be for you if you prefer paranormal fantasy or epic fantasy. Romantic fantasy doesn’t have the usual tropes of vampires and werewolves. Usually romantic fantasy novels are set in a high fantasy world, and an ultimate goal, besides love, is sought. Love is just the icing to the cupcake.