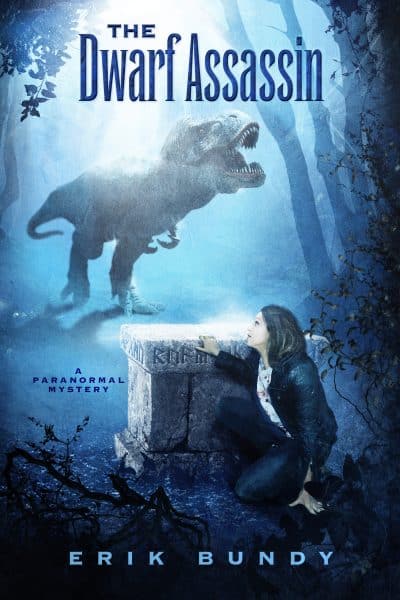 He is evil, more powerful than her, and lusts to kill her. Somehow Amanda must force him to fight for her.

A shape-shifter is murdering dwarves in a local colony, and Amanda, the Sibyl’s apprentice, agrees to find this assassin who hides in plain sight. When the renegade killer stalks her one night on the dwarf reservation, she knows this is her warning . . . next comes death.

To stay alive, Amanda must sharpen her psychic powers into mental weapons and flush out this cunning killer. She must also learn the secret her dwarf friends are keeping from her. Clues lie scattered in the Sibyl’s orchard, among a shaman’s stones, in a sacred blue crystal cavern, and inside a mountain fortress called Saint Peter’s Door.

When the unthinkable happens, she realizes her power is not strong enough to defeat this killer alone. She must unleash an ally, a supernatural evil she might not be able to control. Then she must force this ally to fight the ruthless assassin for her.

Is she willing to risk the dwarf colony to protect a life more precious than her own?