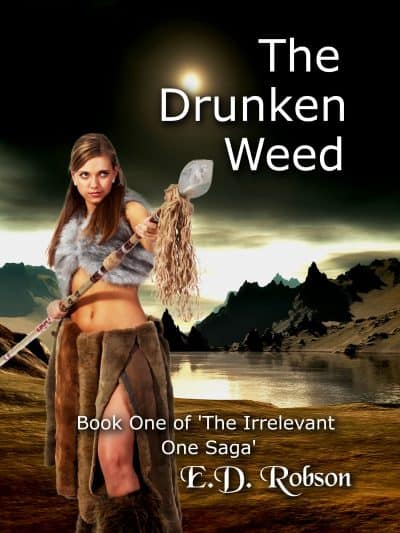 The Drunken Weed (The Irrelevant One Saga Book 1)

A touch of humour, adventure, and romance. A member of a superior race, once worshipped as a Mesopotamian goddess, fails her assignment to kill her (unknown by him) brother-in-law, a call centre worker who also happens to be the metaverse’s most irrelevant person.

A time travel adventure across the multiverse. Following her unsuccessful attempt to assassinate her brother-in-law, an English call centre worker, Gesh (The Drunken Weed), and her victim, John Berwick, flee.

Along the way, they meet Greek and Norse gods, Roman invaders, Neanderthals, a druid, and an Anglo-Saxon shield maiden, among others.

Gesh discovers an identical version of herself on an alternative Mars and gives birth to twins, while John marries a second wife (unbeknown to his first), Gesh’s best friend, Pandora of Greek myth fame in Napoleonic England.

The first book of the light hearted Irrelevant One Saga.