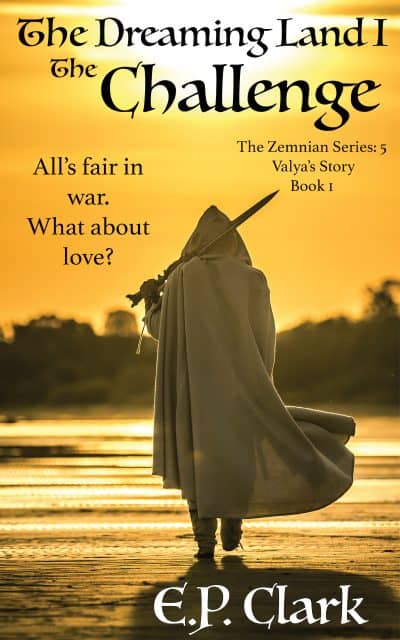 All’s fair in war. But what about love? If you liked the Kushiel series or The Priory of the Orange Tree, check out this sweeping epic starring a bisexual warrior princess with a taste for dominance!

Valya is a warrior. It is her strong will that holds the steppe, the freest, wildest, most war-like of the provinces of Zem’, and it is her strong sword that defends it from raiders. But now, as a growing demand for Zemnian slaves threatens her people, a call from the Empress in Krasnograd requires Valya to leave her native land behind and take up her other duty, as unpopular heir to the Wooden Throne.

In order to save her beloved Zem’ from the enemies both outside and inside its borders, Valya must find out what secrets her sister princesses are keeping, face up to her scandal-ridden past, and woo the son of the woman she hates most in the world. Valya believes that all is fair in war, but in love she’s not so sure. With the fate of her family and her country riding on her shoulders, though, there may not be time for scruples.

A continuation of the story begun in the award-winning novels The Midnight Land and The Breathing Sea, The Dreaming Land I: The Challenge is the first installment of the concluding trilogy of this epic saga about the matrilineal world of Zem’, where trees walk, animals talk, and women rule. This subversive blend of high fantasy and literary fiction will appeal to fans of classical Russian literature and contemporary fantasy alike.

With discussion questions at end.