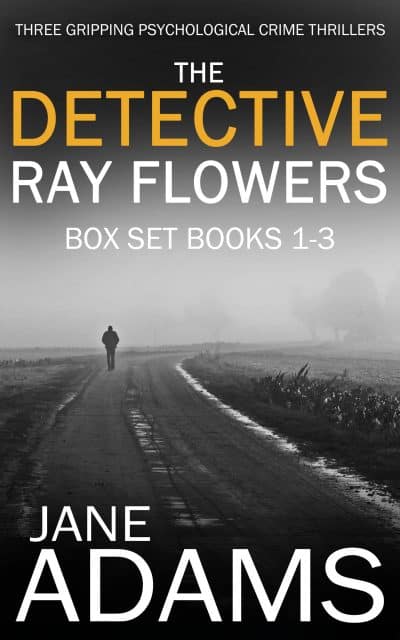 Get three bestselling books with over 1,000 reviews in one great-value box set! These psychological thrillers that will keep you turning the pages all night long.

The Apothecary’s Daughter
Detective Ray Flowers’s life is blown apart by a petrol bomb attack. No one can tell him who did it. Or why. Anchorless and alone, he moves to his aunt’s country cottage. What he needs is perspective. Instead, he is tormented by visions of Kitty Hallam, a troubled young woman accused of witchcraft back in 1643. Is she a figment of Flowers’s imagination or something more?

The Unwilling Son
It started with a gang of drifters, dreamers and dropouts. Together, they were the Eyes of God. Eleven years ago, this cult wreaked havoc on Ray Flowers’s hometown. Flowers put their leader, a cold-blooded killer named Harrison Lee, behind bars. Without him, the Eyes chose mass suicide. Five-year-old Katie Fellows was trapped in their commune and would have died too—were it not for a mysterious young boy.

Years later, teenaged Katie still sees him in her dreams. Her instincts tell her she needs him more than ever. But can Katie trust her rescuer? Or is the Eyes’ hold on him too strong? Lee may be dead, but there’s a new heir to his twisted legacy.

The Drowning Men
A drug supplier known as Angel Eyes is back on the streets. They called him Angel Eyes, after the insignia he left behind at every crime scene—a pair of innocent blue eyes on a shred of paper. Detective Martin Galloway, Ray Flowers’s old workmate, never stopped hunting for Angel Eyes. The trail ended in madness, addiction, and despair. Now Angel Eyes and his toxic products are back and there’s no one left to break Angel Eyes’ stranglehold on the city. Except maybe Ray Flowers.