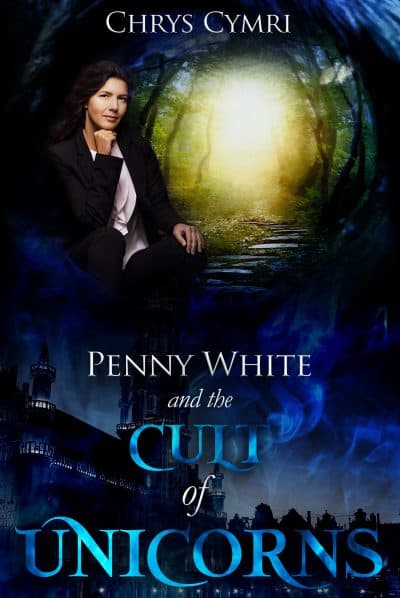 Everyone thinks unicorns are pure and innocent. If they only knew the truth . . .

“More is the pity,” said the unicorn. “Father Penny and I were about to amicably settle our differences. A dragon invading our home vastly complicates matters.”

Five months ago my life was changed forever when I learned about Lloegyr, the sister nation to England on the magical parallel world of Daear. Thrilling rides on Raven, a darkly beautiful search dragon, break up the monotony of my life as the priest of a small village church. Nor are things dull at home, not with a sarcastic gryphon, a snail shark, and my younger brother all sharing my living space. And then there’s Peter, the almost too perfect police inspector who enjoys Doctor Who and single malt whisky as much as I do.

But Lloegyr is facing its own struggles. As various races such as dragons, gryphons, elves, vampires, and harpies flood to the rapidly growing cities, they all trust the unicorns to act as peace makers. But dead humans are turning up in the city of Northampton, with wounds that only a long, spiral horn could have made . . .