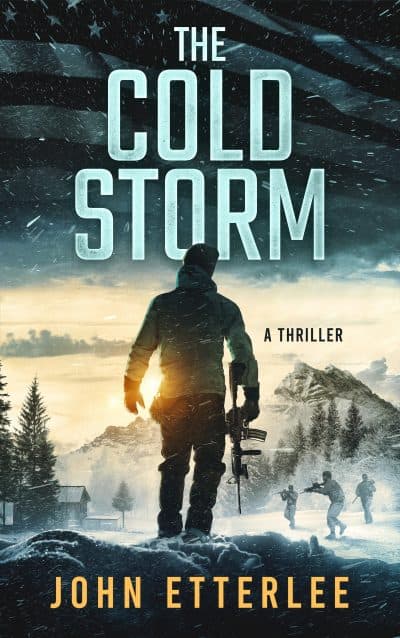 He thought he’d left the fighting behind him in Afghanistan. He never, in a million years thought it would find him in his own backyard. What is a warrior to do when the law can’t protect them?

The first book in this new action-packed thriller series introduces us to Sergeant Roger O’Neil, former U.S. Army Ranger and decorated combat Veteran of the Global War on Terror. After years of fighting al-Qaeda and the Taliban in Afghanistan, he returns home to Montana just to find that home is no longer the safe haven he once thought it was. On a winter trip to his late grandfather’s cabin in the Montana mountains, Roger must save his family from a gang of ruthless killers by reuniting with his combat-hardened buddies for one final fight.

Former Special Ops Sergeant Roger O’Neil thought it would be a simple winter retreat with loved ones in the vast Montana wilderness.

He had no idea there was something much more sinister in store for them when he stumbles on a lone drifter hiding in the forest behind his mountain cabin.

What is he doing there?

What are his true intentions?

Meeting the strange man sends Roger’s life into a tailspin and puts a target directly on his family’s back when they become hunted by the Aryan Brotherhood. With their lives threatened by an unforeseen criminal conspiracy and the law unable to protect them, Roger calls on the only ones he knows can help him; a group of gun-toting former special operators with itchy trigger fingers who’d love nothing more than an excuse to wage war.

Their mission—deliver their own unique brand of violent justice.

It’s a race for time to defend the defenseless and save his family from the clutches of a gang of sadistic killers.

Or will they simply fall victim to an extensive criminal underworld?