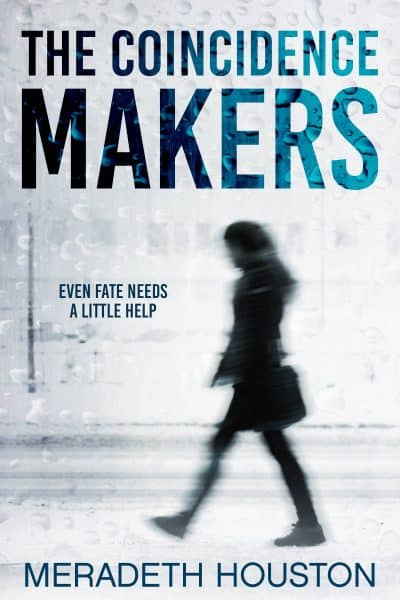 As far as Ami’s concerned, invisibility is good for three things: bank vaults, men’s locker rooms, and saving the world.

As far as Ami’s concerned, invisibility is good for three things: bank vaults, men’s locker rooms, and saving the world.

For Ami and her partner, Luke, becoming invisible is part of their job. Their mysterious employer assigns them to make “coincidences” happen, from reuniting long lost lovers to toppling empires. For their next job, they must stop a bio-terrorism attack on San Francisco. To pull it off, they’ll have to break into illegal labs and federal buildings that make bank vaults seem easy.

Working side by side to arrange the coincidence, Ami hopes for a chance to finally push their relationship past the friend-zone. Her telepathic link with Luke has made it hard to keep her feelings secret for so many years. But just when things start to heat up between them, they accidentally alert the FBI to their existence. Now agents are chasing them down hilly streets and invading their homes in the middle of the night.

With three days until the attack, Ami and Luke must escape their FBI tail while keeping their own emotions from getting in the way. That’s not an easy task when their telepathy goes on the fritz and their only lead for who’s behind the plague just might be the one who releases it. With millions of lives hanging in the balance, they’re going to need more than a coincidence to pull it all off.