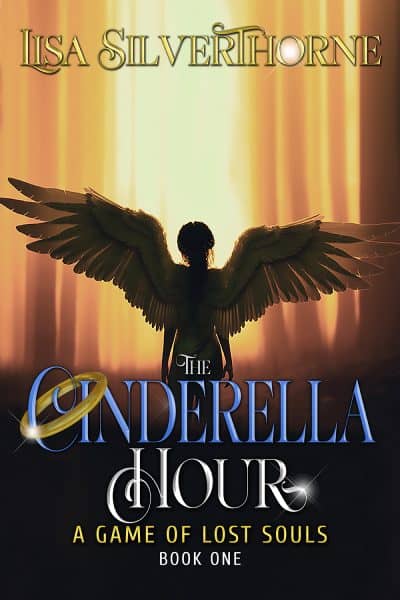 The Cinderella Hour (A Game of Lost Souls Book 1)

She’s a bitter angel of death in a wager with Lucifer; he’s a fallen Hollywood star on a reality TV show…add a little magic, a whole lotta demons, and a dash of true love—for a match made in Heaven.

She’s a bitter angel of death.

A wager with Lucifer.

Add a little magic, a whole lotta demons, and a dash of true love—

For a match made in Heaven.

Azrael, Archangel of Death, is furious at one of his finest. Talia was his top soul-delivering angel until her bitter anger toward humans transformed her. As Azrael struggles to save his best angel of death, Lucifer, Prince of Darkness, challenges the archangel to a wager: save two lost souls in seven angel days through a reality television show.

To get back her wings, Talia must save fallen movie-star-turned-reality-television actor Jack Casey and one other soul. No halo. No wings. In human form.

Desperate to save his failing career, Jack joins the show as one of three princes vying for a match among thirty rags-to-Hollywood princesses. When he finds her, they will share one million dollars—his ticket back to fame.
It all comes together on . . . The Cinderella Hour.