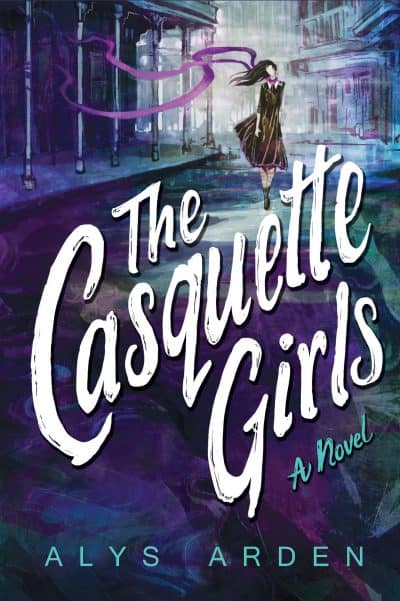 A broken curse leaves vampires with a vendetta lurking in the shadows of New Orleans, and a coven of budding witches must unravel a centuries-old mystery to keep the murder-rate from soaring. For fans of Buffy the Vampire Slayer and Discovery of Witches!

Seven girls tied by time.
Five powers that bind.
One curse to lock the horror away.
One attic to keep the monsters at bay.

When Adele Le Moyne returns home to storm-ravaged New Orleans, nothing looks the same, and strange occurrences easily go unnoticed. That is until her budding magic causes her to accidentally break a centuries-old curse, unleashing a family of centuries-old vampires into her beloved French Quarter—a place where the secrets are as dark and tawdry as the booze and the jazz.

As the murder-count soars, Adele must uncover her family’s terrifying history to re-form her ancestral coven and untangle a mysterious web of Old World vendettas. But who can you trust in a city where everyone has secrets and keeping them can mean life or death? Unless . . . you’re immortal.

A harrowing saga of love and loss and bloody betrayals. For lovers of Buffy the Vampire Slayer and The Discovery of Witches!

“Slow-burning in the tradition of Anne Rice.” —Rue Morgue Magazine

“A smart story in the grand tradition of Buffy and The Lost Boys.” —IndieReader